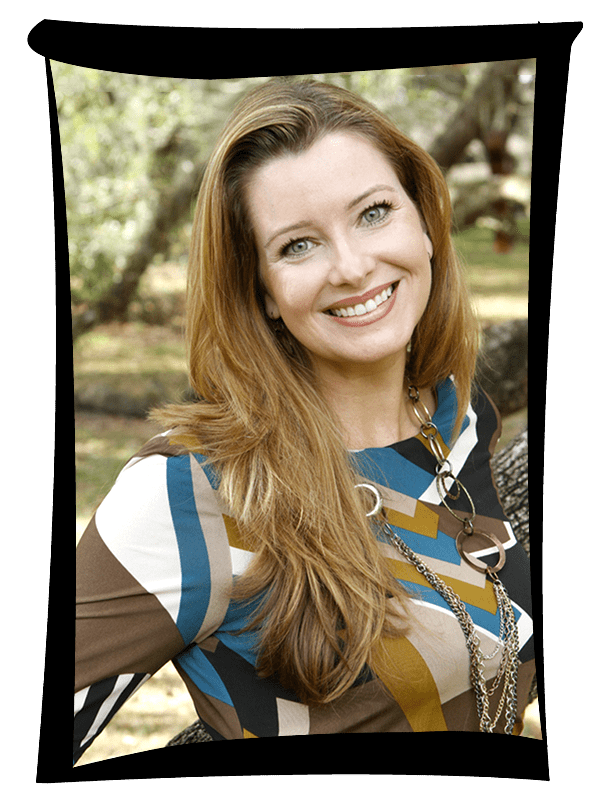 Barbara, the President of Artistic Talent Group has been a state-licensed Talent Agent since 2004 (TA#780).  She first started in the entertainment business at the age of 12, when she began modeling and acting.  By age 17, she landed an international modeling contract that relocated her to Japan.  Upon her return to the states, she fell in love with the other side of the business.  She enjoyed being behind the scenes as much as she enjoyed being in front of the camera.

She was hired by a local talent agency, while she was still modeling part-time.  Beginning in model development (training the new talent), she worked her way up to booking talent. Many years were spent learning the ropes of the business. Eventually, Barbara landed her dream job as she was selected to travel the southeast making appearances as a *real* Mattel “Barbie” (which is really kind of funny because all her close friends call her “Barbie!”)

Barbara’s passion for art was ignited when she met her husband, Keelan. Although she can’t draw much more than a stick figure, his talent has always amazed her! She is the current President of the International Live Events Association (ILEA) and a 20+ year association member. She has become the “go-to” person for clients looking for live, visual, and artistic entertainment. Representing dozens of talented Artists, she perfectly pairs her clients with talent that best fits their needs!

Artist, Cartoonist, Model, Actor, Former Elvis Impersonator, and Co-Owner and Creative Director of Artistic Talent Group, Keelan is an entertainer as much as he is an artist.

A graduate of Savannah College of Art and Design, Keelan has served as the President of the International Society of Caricature Artists (ISCA) and is a prominent member of the prestigious National Cartoonists Society (NCS). He knows hundreds of artists around the world and those connections help ATG find artists and entertainers wherever our clients need them.

He has been a professional artist for more than 25 years and his illustrations have appeared in advertisements, comic books, comic strips, and magazines, both nationally and internationally.

Keelan has won the “Best Abstract Style,” “Best Cartoon Style,” and “World’s Fastest Caricaturist” awards from the International Society of Caricature Artists. He is also the author of the book Let’s Toon CARICATURES which is one of the best-selling books on the subject.

As Creative Director of ATG, Keelan is always coming up with new and unique services and products for our clients. He doesn’t just “think outside of the box.” To him, there is NO “box!” 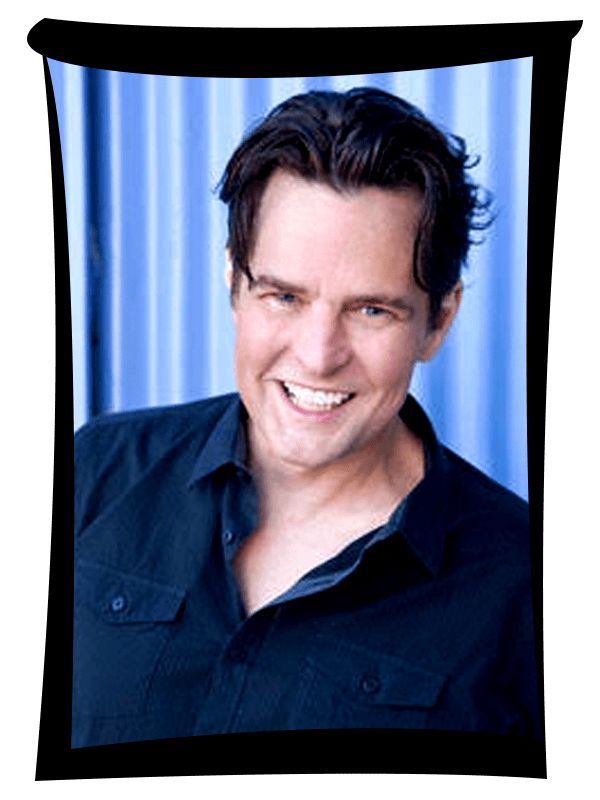 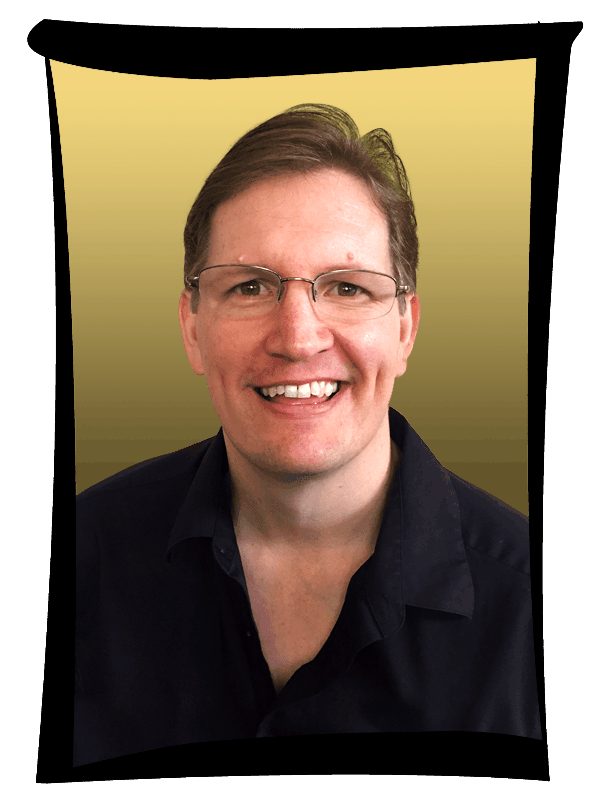 Entertaining and drawing caricatures at Walt Disney World since 1992, Ted is a true veteran of the industry.  He is the Lead Talent Scout and Artist Trainer for Artistic Talent Group. He discovers and trains new artists to ensure they meet the high standards ATG requires. He is also the Lead Artist and Locations Manager for Caricature Connection (a division of Artistic Talent Group), which is the largest caricature concession company at Walt Disney World.

Ted has won many awards for his artwork throughout the years, but his most impressive is ISCA’s (International Society of Caricature Artists) “World’s Fastest Caricaturist” title. In addition, he creates comic book illustrations and character designs.

Having drawn more than half a million caricatures in the past two decades, Ted excels in his art form. His comedic personality, professionalism, and artistic talent put him at the top of the list of requested artists. He is truly a comedian with a pen!

Darla joined Artistic Talent Group in 2012 as Operations Manager, and has brought more than 16 years of management and training experience to the team. She was first introduced to the talent industry while completing her college internship with one of Orlando’s top modeling agencies. The agency offered her a full-time position immediately upon her graduation from the University of Central Florida. Her position as a booking agent introduced her to all aspects of the entertainment industry.

Later, Darla decided to expand her professional career by accepting a job opportunity with a sales and marketing company. This job included extensive travel, which is, one of her passions! Her responsibilities included the weekly coordination and management of live training programs ranging from 10 to 100+ participants. She was quickly promoted to a managerial position to train additional associates to accommodate her growing department.

Now, her enthusiasm, attention to detail, and communication skills make her a perfect fit to the ATG management team. 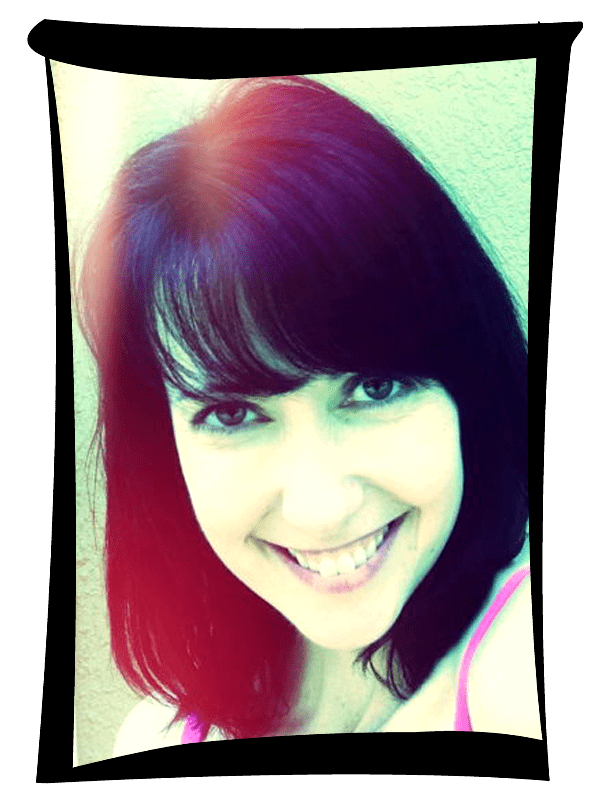 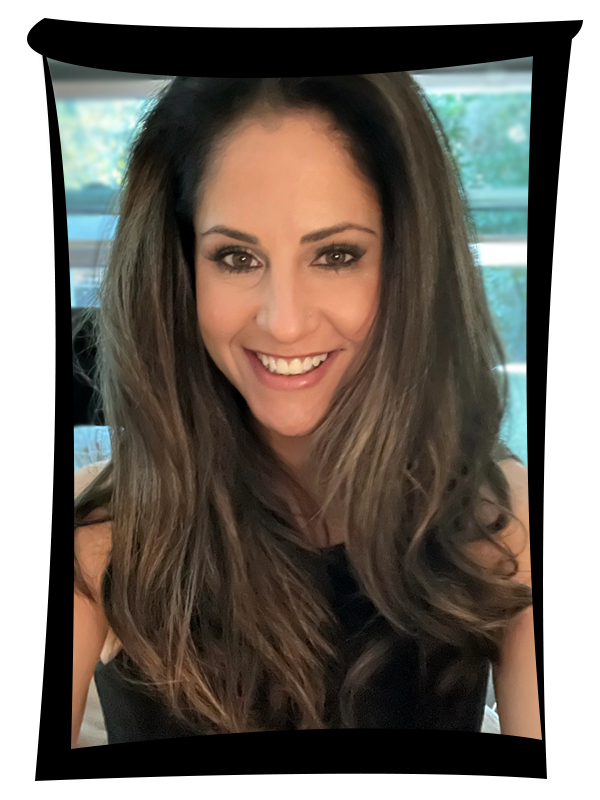 Joanie joined Artistic Talent Group in early 2017 as an office assistant.  Through hard work and self-discipline, she solidified a full-time position as Lead Artisan of Artistic Marbling and also became a lead web designer for the company!  (Our site is fabulous because of her!)  The team loves her “get it done” attitude and passion about her new position.  Having over 14 years of customer service and office management experience, Joanie has become a valuable asset to ATG.

With a life-long involvement in the arts, Joanie has worked as a model/muse for local artists since 2004.  She has participated in many events such as Trash 2 Trends (a fundraiser used to turn trash to fashion) and 1st Thursdays at the Orlando Museum of Art.

Artistic Talent Group was excited when Dana joined our team in 2018. Dana brings several years of marketing and special event experience in corporate and non-profit arenas. Dana’s passion is writing, and she created her blog in 2014. Some of her blog posts have reached more than 1000 readers! She has written for several companies, including the Orlando Sentinel. Her energy, positivity, and enthusiasm are infectious to everyone around her. 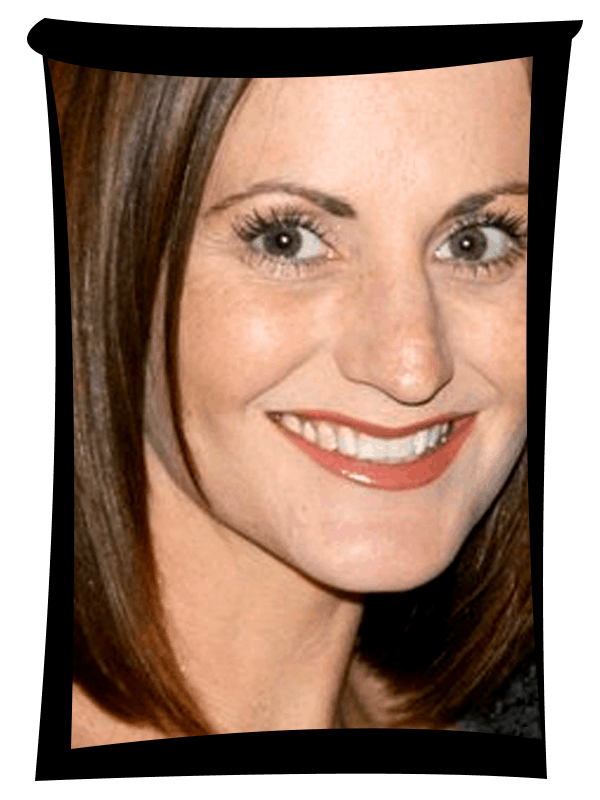 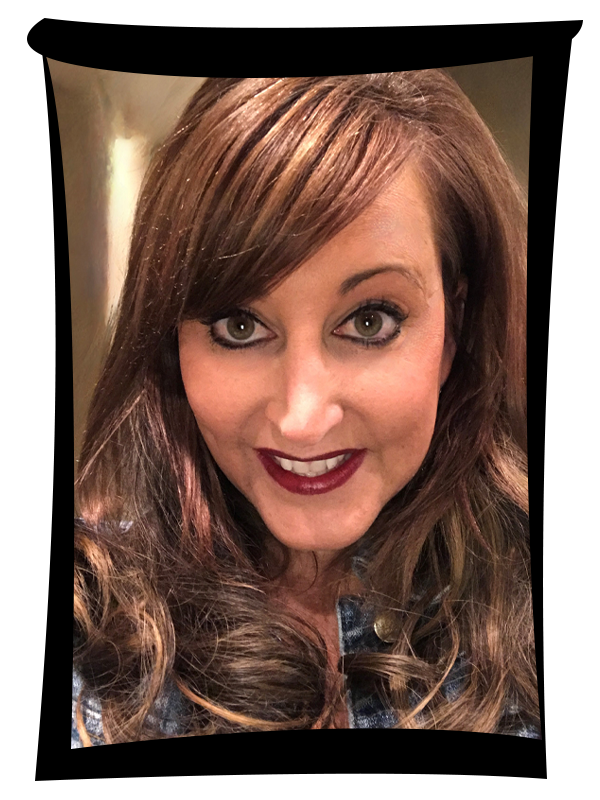 Lisa Desjardins was an exciting addition to our team in 2021 as our Director of Business Development. Lisa comes to us with over 21 years of experience in education. Her passion for education allowed her to teach worldwide in Florida, Virginia, Idaho, and even Italy. As a former educator, Lisa brings to the team enthusiasm and creativity while constantly staying customer-focused. Lisa’s drive and compassion to be involved in the community led her to begin her own grassroots fundraiser helping to make and donate cancer care bags to hundreds of patients going through cancer treatment in the Central Florida area. Through this endeavor, Lisa has grown many successful business relationships in Central Florida, helping to spread a little sunshine to patients going through cancer treatment.

Lisa oversees the Artistic Talent Group’s social media, new business development, and the recruitment of contemporary artists to join our talented team. Her goal is to strategically align the ATG corporate image with the company’s brand as the premier talent agency for visual artists.

John studied Journalism in college in Indiana, was a writer and photographer for a hometown newspaper, and worked as a store manager for a small chain of camera stores for five years before joining Disney, where he worked for 30 years as a retail manager.
In his spare time, he enjoys traveling, golf, hiking, biking, photography, and reading about historical events and persons, including Colonel Sanders of KFC fame, whom he had the pleasure of knowing personally. 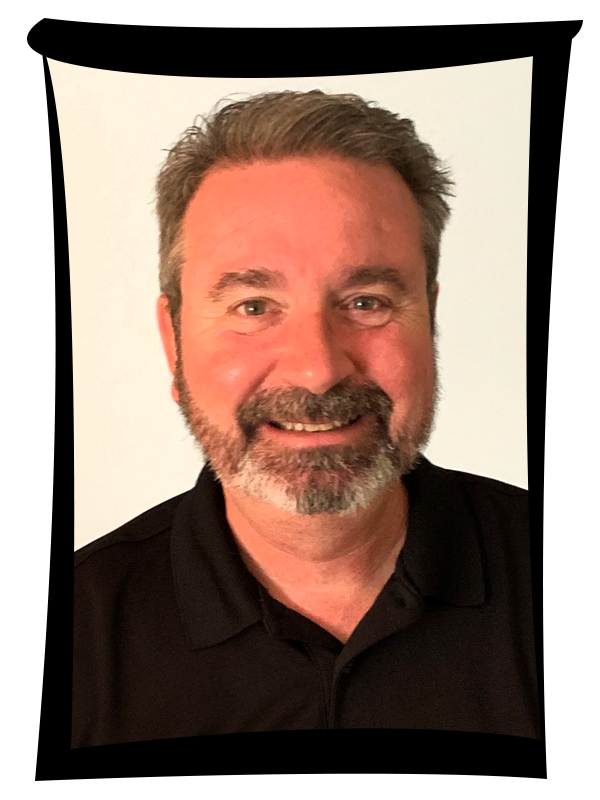 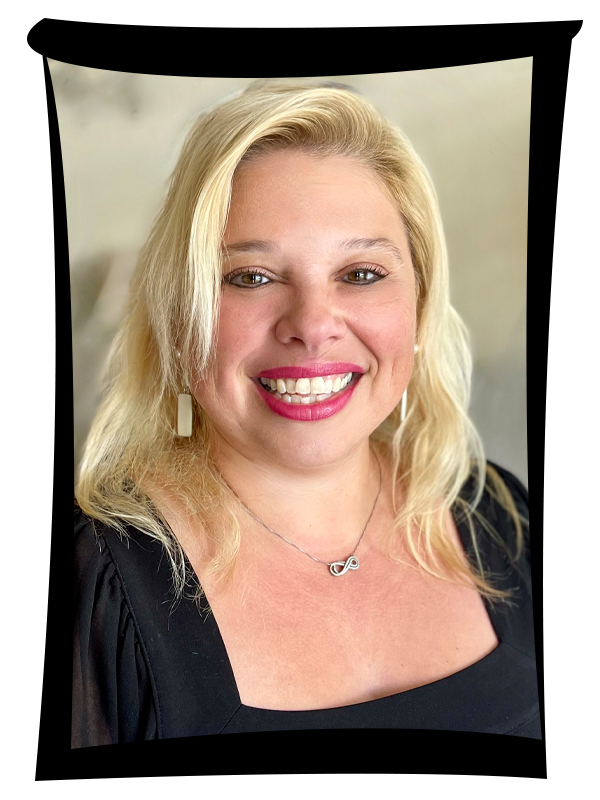 Sandy joined the ATG team in January 2022 after relocating to the Orlando area from Massachusetts, where she managed her own business. Sandy and her family have always been Disney fans.  They have visited the parks annually since 1997. She is now “living the dream” and has Disney as a part of her day-to-day life.  In her free time, Sandy enjoys spending time with her children and grandkids.  She loves the beautiful Florida weather and, of course, regularly visits all of the parks.

Our training team mentors our staff of over 40 artists! 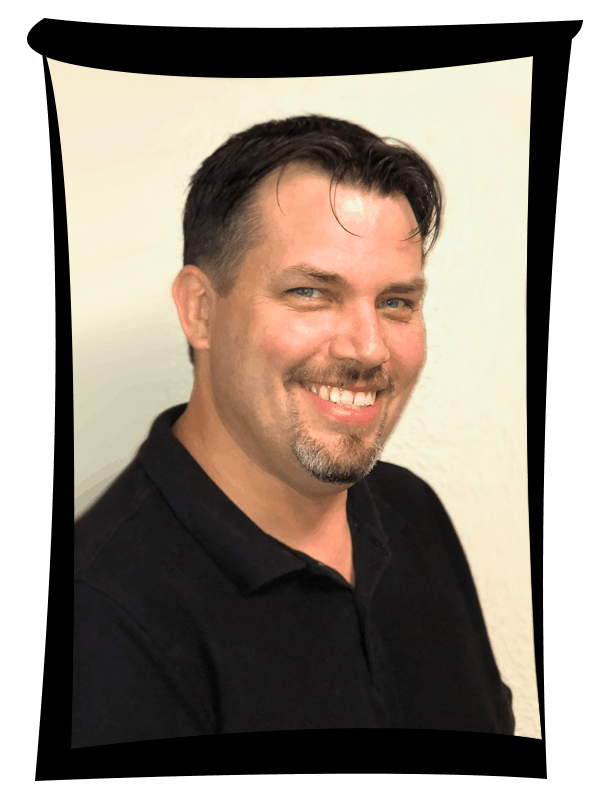 Kenny Durkin has been a professional artist for over 20 years. He studied illustration at Milwaukee Institute of Art and Design and moved to Florida in 2000 to become an exclusive artist for Artistic Talent Group!

Kenny’s caricatures are often seen on apparel and merchandise at major retailers around the world. He has illustrated numerous children’s books, designed his own line of plush toys, garden gnomes and has even self-published comic books as well as online comic strips!
He is an award-winning Gold member of the International Society of Caricature Artists and a member of the National Cartoonists Society.

Michael “Locoduck” Duron has been drawing caricatures since 1996 and joined Artistic Talent Group in 2003.  In addition to being an accomplished caricaturist, he is a renowned illustrator for many officially licensed projects for Lucasfilm, Marvel, DC, The Walking Dead and more. Michael is also a published comic book artist and donates his artistic talent to several charities including St. Jude’s and Give Kids the World. He’s drawn all over the country but is thrilled to make Artistic Talent Group his home. 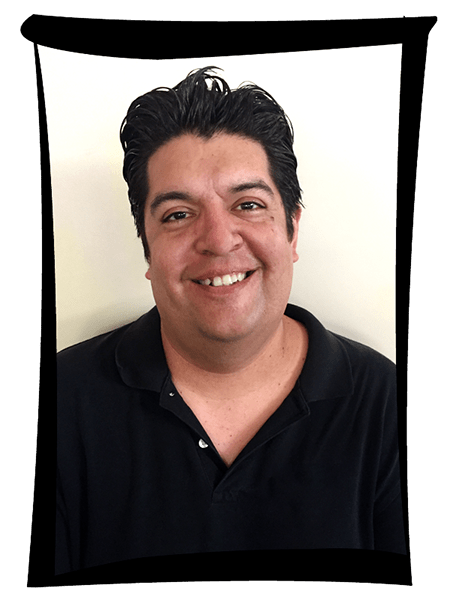 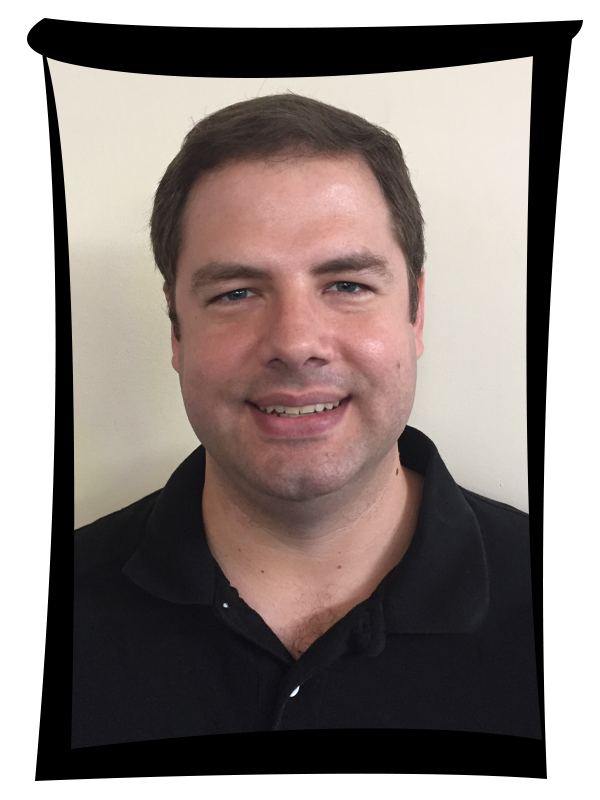 Jimmy Pereira (pronounced pur-air-uh) has been drawing caricatures since the age of 13. His first caricature event was at his high-school fundraising fair while he was in junior high. He has never stopped drawing caricatures since. His caricatures are always meant to delight and entertain, but never to offend. He specializes in a strong likeness and slight exaggeration to try to capture the essence of the individual.  We have been honored to have him as part of the ATG team since 2007.

Donna has been drawing since age four and a member of ATG since 2003.  She excels in sales and customer service and has even received personal recognition from the Walt Disney World president for her outstanding customer service while working with guests!  Before relocating to Florida, Donna ran ATG’s daily operations at the Wild Adventures theme park in Valdosta, GA.

Donna proves time and time again to be a solid member of the team, and we are delighted to have her as a member of our Artistic Advisors! 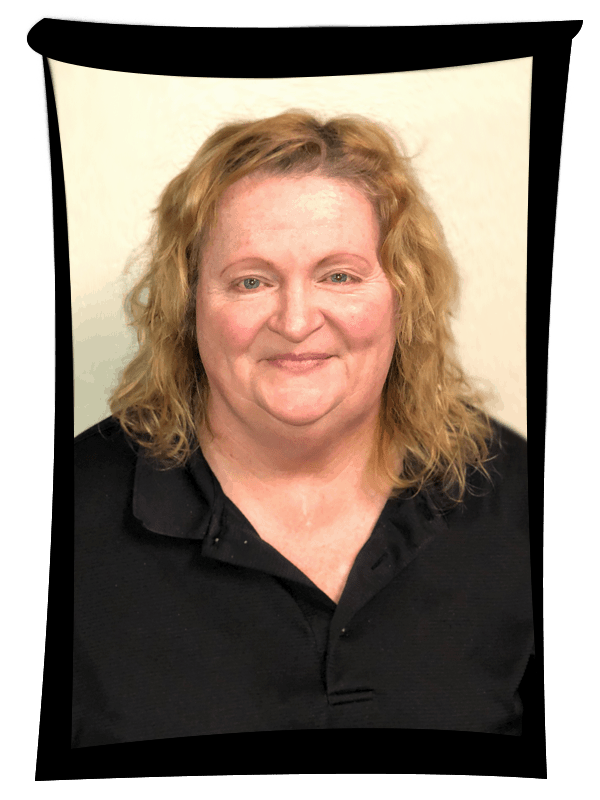